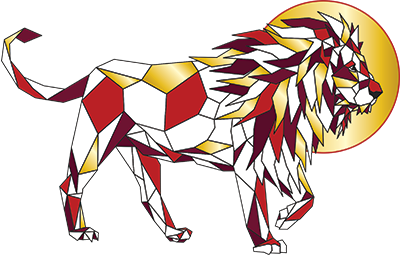 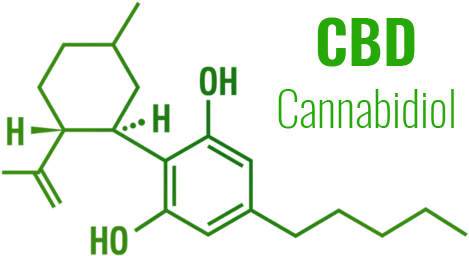 How Does CBD Work?

The discovery of the endocannabinoid system has significantly advanced our understanding of health and disease. It has major implications for nearly every area of medical science and helps to explain how and why CBD and THC are such versatile compounds – and why cannabis is such a widely consumed plant, despite its illegal status.

In a word, disease.

Cutting-edge science has shown that the endocannabinoid system is dysregulated in nearly all pathological conditions. Thus, it stands to reason that “modulating endocannabinoid system activity may have therapeutic potential in almost all diseases affecting humans,” as Pal Pacher and George Kunos, scientists with the U.S. National Institutes of Health (NIH), suggested in a 2014 publication.

CBD oil products and flower with varying levels of THC and CBD are also available for smoking or vaping at cannabis dispensaries in states that have legalized the herb for therapeutic use.

In response to massive consumer demand, a huge, unregulated market in CBD oil products reached a critical mass in 2018. A surge of consumer interest in all things CBD was suddenly newsworthy with hosanas of praise coming from athletes, film stars, soccer moms, and parents of desperately ill children.

CBD oil has been touted as a curative for the sick and a preventive for the healthy, an all-purpose palliative for pets as well as people of all ages.

But along with a growing awareness of cannabidiol as a potential health aide, there has also been a proliferation of misconceptions about CBD and cannabis therapeutics.

How to use CBD

Cannabis and its extracts, like CBD oil, can be consumed in an astounding number of ways. Most options fall into a few general categories, and each has its own advantages and disadvantages. You’ll experience different effects if you smoke CBD-rich flower or vape a THC-rich cartridge; swallow a gelcap or drop CBD oil under your tongue.

Everybody processes cannabis and cannabinoids a little differently. The diversity of human experience means that finding your ideal form of cannabis consumption may take some experimentation.

The key differences between ways of using cannabis pertain to these questions:

The dosage required, of course, depends on the quality of the product and the reason for its use. The doses we describe below are based on initially managing the psychoactivity of THC.

Ingested cannabinoids are absorbed through the intestines and sent to the liver. It takes about an hour to feel effects when taken on an empty stomach, or up to three hours with food. People should not re-dose THC edibles for at least three hours after ingestion.

On the way to the liver, cannabinoids will interact with receptors in the gut, so the effect on conditions like inflammatory bowel disease will be more pronounced. Once in the liver, three enzymes will start to modify THC and CBD in a process called “first-pass metabolism.” THC is largely converted to 11-OH–THC, which appears to cause a stronger high than THC. This, along with the long duration of edibles, is why new users should become comfortable with being high before using edibles containing more than 5 mg of THC.

The longer-lasting effect of edibles and capsules make them suitable for many chronic conditions.

Oral-mucosal drugs are absorbed directly into the blood vessels in the mouth and under the tongue. If sprayed under the tongue, the patient should try to wait at least one minute before swallowing (see Accidental Ingestion below.) Effects usually start after 15-30 minutes and peak around an hour and a half after administration. For consistency, it is best to avoid eating immediately before or after using a tincture. [4]

Oral mucosal tinctures usually come in one of two forms: an under-the-tongue spray or a dropper with a marking at a specific volume (usually 0.5 ml or 1.0 ml). This allows for consistent, measurable dosing. Pay close attention to the labels on these products. Products should be labeled with the dose of cannabinoids per spray or per ml.

Tinctures involve a solvent like ethanol or sesame oil. [5] Some of the adverse side effects attributed to cannabis extracts may actually be due to ingesting large amounts of the carrier oil.

Although sublingual sprays can provide rapid and precise dosing, they are often confusing for patients. If you spray CBD oil under the tongue but then swallow immediately, your body will process most of it like an edible. This means that you will receive a lower dose over a longer period of time. With CBD products, this may just make for a weaker effect. But with a THC-rich tincture, people may take another dose after half an hour – thinking they hadn’t had enough – leading to accidental intoxication with THC.

Other Routes of Cannabis Administration

Topicals and rubs are one of the more common kinds of cannabis products. They can be used effectively for skin or joint issues, but will not be absorbed into the bloodstream. The presence of terpenes or non-intoxicating acid cannabinoids (THCA and CBDA) seem to increase skin permeation, but still not enough to get it into the blood. Large concentrations of terpenes in topical products may irritate and damage the skin.

Although transdermal products are applied to the skin, their effects are nothing like topicals. A transdermal patch is designed to release cannabinoids into the bloodstream at a constant rate. If it has THC, the user can experience psychoactive effects.

Transdermal administration should confer an experience somewhat like sublingual use, although a transdermal patch could be designed to work for longer periods of time. It’s worth noting, however, that a transdermal CBD isolate failed to treat epilepsy in a clinical trial, whereas a sublingual CBD isolate was successful. Any company claiming to market a transdermal product should have public data demonstrating how well it is absorbed.

Cannabinoids are sticky, waxy chemicals. They like to mix with oil, not water. There are, however, a number of ways to get cannabinoids to dissolve in water [7], allowing for products like CBD-infused and THC-infused beverages. But the research in this area is limited. The processes that make cannabinoids soluble in water may also make it easier for your body to absorb THC and CBD. This means that such products will have a quicker onset compared to an edible (as quick as 20 minutes) and the dose may be stronger over a shorter period of time.

The process of solubilzing CBD and/or THC can reverse over time, so groups developing water-soluble formulations need to ensure the stability of their product. On the whole, ingesting water-soluble cannabinoids shouldn’t be much different than ingesting an edible, though the former may turn out to be faster acting and a bit more potent.

PRODUCT DISCLOSURE
** These products are not meant for consumption by persons under the age of 18**
**The statements made regarding these products have not been evaluated by the Food and Drug Administration. The efficacy of these products has not been confirmed by FDA-approved research. These products are not intended to diagnose, treat, cure or prevent any disease. All information presented here is not meant as a substitute for or alternative to information from health care practitioners. Please consult your health care professional about potential interactions or other possible complications before using any product. The Federal Food, Drug and Cosmetic Act requires this notice.**
**The products on this site contain less than .03% THC.**
**Please read our disclosure documents (Add Link) before using any product.**